In our Whale Watching Cabo Tour you do it all in one day and save lots of Money at the same time. Your search for things to do in Los Cabos is over. This Whale Watching in Cabo Adventure includes it all, explore Cabo San Lucas, Shopping, Tequila Tasting, a visit to a Glass Blowing Factory, roundtrip transportation, bi-lingual guide, a Whale Watching in Cabo San Lucas on one of the most superb Catamarans in Cabo, Whale Watching Deluxe, Open Bar on the Catamaran, Breakfast, visit the world-famous Arch and Lands’ end with the Sea Lions colony. Incredible value for a very complete Adventure. If you are looking for a day of fun and adventure this is a great value tour. If you are looking for great value, Fantastic Whale Watching, making friends, dancing and having fun, exploring Cabo San Lucas, a great Lunch on board of the Boat and a national open Bar than this is Your best option in Los Cabos.

Other ways to do Whale Watching in Los Cabos

This is the Premium 1st class Whale Watching option in Los Cabos.  A Luxurious French Built double decker Catamaran Whale Watching Cruise with Premium Open Bar, deluxe snacks and Food, superb Service and an incredible ambiance. It is possible to go Whale Watching in Style and being adventurous at the same time. The Tour starts leaving the Cabo San Lucas Marina with your favorite drink in hand getting very quickly to Pelicans Rock, Lovers Beach, the Arch and the Sea Lions Colony for fantastic Photos for your Social Media and memories to cherish for a long time. After 30 minutes at Lands’ End head out the Pacific Ocean or Sea of Cortes to look for Humpback Whales. It is almost 100% guaranteed to see several Whales during your adventure, and why not with a cold drink from your Premium Bar in hand and great Music in the background.

Whale Watching in Los Cabos on a Catamaran Sunset Whale Watching Cruise is very popular, open Bar, Dinner, Music, Dancing and Entertainment are part of a Catamaran Sunset Cruise in Los Cabos. The Tour starts leaving the Cabo San Lucas Marina with your favorite drink in hand getting very quickly to Pelicans Rock, Lovers Beach, the Arch and the Sea Lions Colony for fantastic Photos for your Social Media and memories to cherish for a long time. After 30 minutes at Lands’ End, you explore the Pacific side of Lands’ End with the Divorce Beach, while Whale Watching in this Tour is not the priority, during Whale Watching Season its almost inevitable and part of the Adventure. Take a look at Pedregal, home to many favorite Hollywood Stars. Then head towards Medano Bay and Beach for a delicious Dinner on board of your Catamaran, more of your favorite drinks in your included open Bar, Dancing and Entertainment under the stars until you head back to the Cabo Marina. You can also do a Combo and save Money by adding on a Cabo San Lucas City Tour with Tequila Tasting and a visit to a Glass Blowing Factory, Shopping Time and an extra short Boat Ride.

Another fantastic and relaxing option is a Sailing Whale Watching Tour, the Tour starts leaving the Cabo San Lucas Marina with your favorite drink in hand from your included Premium Open Bar, getting very quickly to Pelicans Rock, Lovers Beach, the Arch and the Sea Lions Colony for fantastic Photos for your Social Media and memories to cherish for a long time. After 30 minutes at Lands’ End head out the Pacific Ocean or Sea of Cortes to look for Humpback Whales. It is almost 100% guaranteed to see several Whales during your adventure, and why not with a cold drink in hand and great Music in the background. The Sailing Adventure includes also delicious snacks and fantastic Service.

In this fantastic Option you start your adventure with your included round trip transportation heading straight to the Los Cabos Marina. You board a famous Glass Bottom Boat and explore Pelicans Rock, Lovers Beach, the Arch and the Sea Lions Colony for fantastic Photos for your Social Media and memories to cherish for a long time. After the 45-minute Tour of the Arch your 2-hour Whale Watching Expedition begins. It is almost 100% guaranteed to see several Whales during your adventure, with a smaller and more agile Boat Whale Watching means getting there quicker and closer.

For a “Hollywood” James Bond Vibe hop on a Wave Runner in Los Cabos, this guided 2-and-a-half-hour Adventure is super nice to explore Lands’ End, the Los Cabos Arch, the Sea Lions Colony, Lovers and Divorce Beach. Certainly, an adrenalin filled adventure that finishes off with a Hamburger and French Fries (Vegetarian Option available) in a beautiful Location. Known for its plentiful marine life, when jet skiing in Cabo San Lucas you might encounter some fauna on your way like tropical fish, turtles, dolphins and even Humpback whales in winter months! Take in the turquoise waters of the Sea of Cortés and make memories to last a lifetime.

What or When is Whale Watching Season in Los Cabos?

Whale Watching Season officially starts December 15th and finishes April 15th every year. Whales are spotted before and after that date, but to almost guarantee whale watching the dates and permits are set when the most whales are in Los Cabos.

How to go Whale Watching in Los Cabos?

You can go Whale Watching on a Catamaran, Sailing Boat, Glass Bottom Boat, Water taxi, Fishing Boat, a Zodiac or even a Wave Runner. It all depends on how comfortable, if you prefer or not a Bathroom and if you enjoy a cold Beer or Margarita or nothing for your whale watching. In general, the less the Tour costs the lesser is the quality and level of comfort and service.

Whale Watching near me?

What to wear during Whale Watching?

All Whale watching Tours suggest a sweater or light jacket during your Tour, in the early morning hours and late afternoons with the sea breeze it can feel fresh to cold. Once the sun hits the Boat you probably have to take it off.

How much Whale Watching cost in Los Cabos?

It ranges from 60 usd per person on a simple boat without bathroom and inclusions to up to 5,000 usd on a Private Luxury yacht with private chef. It all depends on what you are looking for, how comfortable you like to be, what quality and level of service you have in mind.

What will you see?

The humpback whale (Megaptera novaeangliae) is a species of baleen whale. It is one of the larger rorqual species, with adults ranging in length from 12–16 m (39–52 ft) and weighing around 25–30 metric tons (28–33 short tons). The humpback has a distinctive body shape, with long pectoral fins and a knobby head. It is known for breaching and other distinctive surface behaviors, that is why it is so popular with whale watchers. Males produce a complex song lasting 10 to 20 minutes, which they repeat for hours at a time. All the males in a group will produce the same song, which is different each season. Its purpose is not clear, though it may help induce estrus in females. Found in oceans and seas around the world, humpback whales typically migrate up to 25,000 km (16,000 mi) each year. They feed in polar waters, and migrate to tropical or subtropical waters to breed and give birth, fasting and living off their fat reserves. Their diet consists mostly of krill and small fish. Humpbacks have a diverse repertoire of feeding methods, including the bubble net technique. Like other large whales, the humpback was a target for the whaling industry. The species was once hunted to the brink of extinction; its population fell by an estimated 90% before a 1966 moratorium. While stocks have partially recovered to some 80,000 animals worldwide, entanglement in fishing gear, collisions with ships and noise pollution continue to affect the species.

The gray whale (Eschrichtius robustus), also known as the grey whale, gray back whale, Pacific gray whale, or California gray whale, is a baleen whale that migrates between feeding and breeding grounds yearly. It reaches a length of 14.9 meters (49 ft), a weight of up to 41 tons (90,000 lb) and lives between 55 and 70 years, although one female was estimated to be 75-80 years of age. The common name of the whale comes from the gray patches and white mottling on its dark skin. Gray whales were once called devil fish because of their fighting behavior when hunted. The gray whale is the sole living species in the genus Eschrichtius, which in turn is the sole living genus in the family Eschrichtiidae. This mammal is descended from filter-feeding whales that appeared at the beginning of the Oligocene, over 30 million years ago. The gray whale is distributed in an eastern North Pacific (North American), and an endangered western North Pacific (Asian), population. North Atlantic populations were extirpated (perhaps by whaling) on the European coast before AD 500, and on the American coast around the late 17th to early 18th centuries. Even so, on May 8, 2010, a sighting of a gray whale was confirmed off the coast of Israel in the Mediterranean Sea, leading some scientists to think they might be repopulating old breeding grounds that have not been visited for centuries. In May and June 2013, a gray whale was sighted off the coast of Namibia – the first confirmed in the Southern Hemisphere. The round-trip journey of one gray whale has set a new record for the longest mammal migration, covering a distance of more than 22,000 kilometers across the Pacific Ocean. Her migration has shown new insight into how endangered species are making drastic changes in their life style.

Even though fewer common sightings are reported every year during Whale Season in Los Cabos. The killer whale or orca (Orcinus orca) is a toothed whale belonging to the oceanic dolphin family, of which it is the largest member. Killer whales have a diverse diet, although individual populations often specialize in particular types of prey. Some feed exclusively on fish, while others hunt marine mammals such as seals and other species of dolphin. They have been known to attack baleen whale calves, and even adult whales. Killer whales are apex predators, as no animal preys on them. A cosmopolitan species, they can be found in each of the world's oceans in a variety of marine environments, from Arctic and Antarctic regions to tropical seas, absent only from the Baltic and Black seas, and some areas of the Arctic Ocean. Killer whales are highly social; some populations are composed of matrilineal family groups (pods) which are the most stable of any animal species. Their sophisticated hunting techniques and vocal behaviors, which are often specific to a particular group and passed across generations, have been described as manifestations of animal culture. The International Union for Conservation of Nature assesses the orca's conservation status as data deficient because of the likelihood that two or more killer whale types are separate species. Some local populations are considered threatened or endangered due to prey depletion, habitat loss, pollution (by PCBs), capture for marine mammal parks, and conflicts with human fisheries. In late 2005, the southern resident killer whales, which swim in British Columbia and Washington state waters, were placed on the U.S. Endangered Species list. Wild killer whales are not considered a threat to humans and no fatal attack on humans has ever been documented, but there have been cases of captive orcas killing or injuring their handlers at marine theme parks. Killer whales feature strongly in the mythologies of indigenous cultures, and their reputation in different cultures ranges from being the souls of humans to merciless killers.

What to bring?
Camera Cash for Tips and Souvenirs Hat or cap , Sunglasses 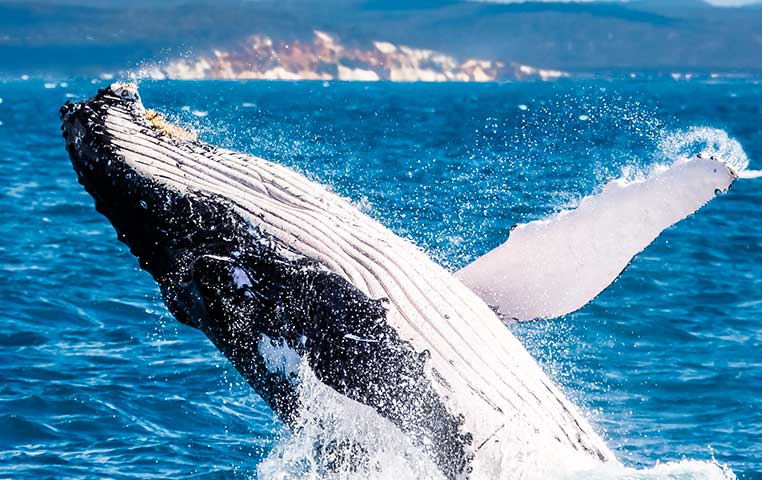 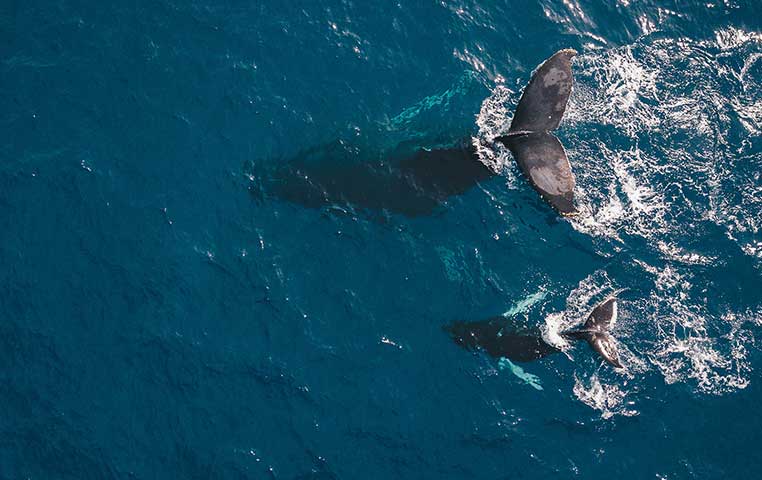 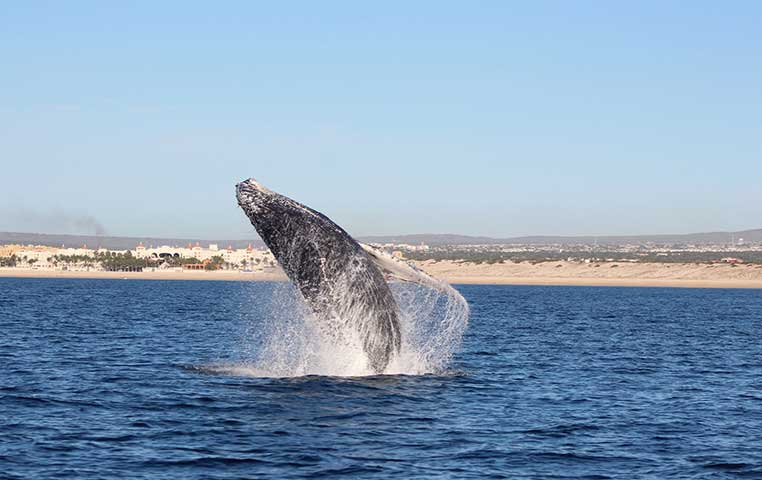